Ride the vintage train on Sweden’s first normal gauge railway, inaugurated in 1856. Railbuses and steam locomotives depart from the station building during the summer months. Take a trip to Järle Station or Pershyttan via Gyttorp as many generations have done before and be part of something classic and stimulating. On display at the station area are locomotive garages and workshops, steam locomotives and railbuses and a number of old wagons. Visitors are allowed to explore the area on their own and there is a small museum open during summer. 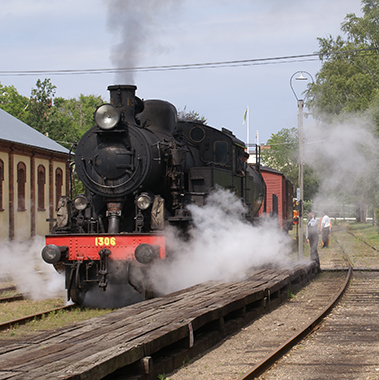